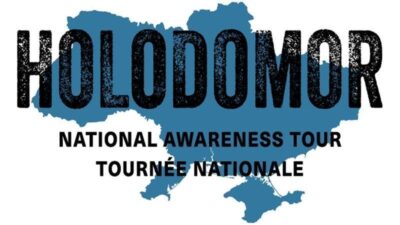 TORONTO, September 23, 2020 – An interview recently broadcast on Voice of America (VOA) was edited to remove key references that might offend Russian authorities, according to the Canadian not-for-profit organization featured in the interview.

The Holodomor National Awareness Tour, a project of the Canada-Ukraine Foundation (CUF), is engaged in a campaign to have the word “Holodomor” added to English-language dictionaries – a word adopted around the world to describe the engineered famine of 1932-33 ordered by Joseph Stalin that killed millions of Ukrainian men, women and children. The campaign involves an online petition and features a deep-fake video of Joseph Stalin acknowledging the role he played in the famine and its deliberate cover-up.

Voice of America taped an interview with CUF Chair Bob Onyschuk, but both the Stalin video and a link to the petition were cut when the interview was finally broadcast. When HNAT questioned the decision, it was advised that “VOA has an editorial policy that does not allow agitation of this kind.”

“Voice of America was created to be a truthful source of information for people around the world for whom truth is at a premium,” said Bob Onyschuk. “Why now are they shying away from telling the truth about the Russian denial of a genocide that has been acknowledged by the U.S., Canada and countries around the world? It sure seems to me like the interference in editorial decisions is coming right from the top.”

Both the video and the link to the petition can be found by visiting DeepTruth.ca and media outlets are welcome to include them in their reporting.

Raising Awareness about the Holodomor

A not so ordinary 40-foot bus was parked outside the student’s entrance of St. Michael’s College School (SMCS) this week. It’s big, bold, multi-coloured, and emblazoned with the words HOLODOMOR — THE UKRAINIAN GENOCIDE. It arrived Monday, March 2, and will be available again on Wednesday, March 4, as part of a national awareness tour our students are participating in.

Bringing the Holodomor Mobile Classroom to campus is a group initiative of the school administration and the school’s history department. 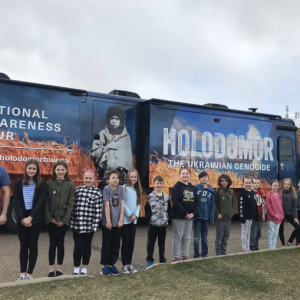 A high-tech bus that teaches kids about a dark chapter in world history made a pair of stops in Sherwood Park and captivated local students. 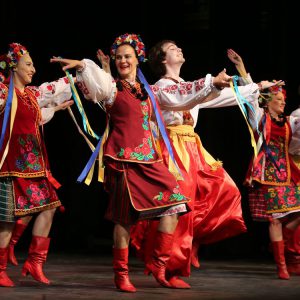 One of Canada’s oldest Ukrainian festivals celebrated 50 years this past weekend.

The Lviv, Ukraine Folklore Festival offered up the tantalizing food, music, dance and culture of Ukraine during its five-decade anniversary event at Regiopolis-Notre Dame Catholic High School Friday through Sunday.